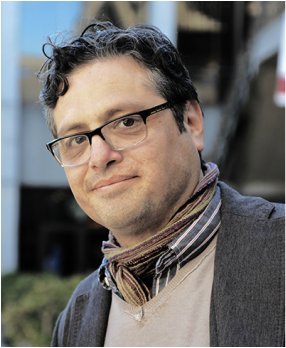 ​Ulises Alcala has designed costumes for various theatre groups in the Bay Area. From 2005 to 2015 he designed for the San Francisco Opera Center’s Merola Program, including The Marriage of Figaro, L’Elisir D’Amour, Don Giovanni and Don Pasquale. Recent projects include The Winter's Tale at Santa Cruz Shakespeare, The Good Person of The Winter's Tale and Quixote Nuevo at California Shakespeare Theatre, The Merry Wives of Windsor at The Oregon Shakespeare Festival, and The Cake at Repertory Theatre of St. Louis. Upcoming projects include Revenge Song at The Oregon Shakespeare Festival and This Much I Know at Aurora Theatre Company.

Prior to joining the faculty at California State University, East Bay, he was a draper at the San Francisco Opera for seven seasons, producing costumes for internationally recognized opera designers and stars including designers Bob Mackie, Thierry Bosquet and Bob Ringwood, as well as singers Renee Fleming, Jane Eaglan and Anna Netrebko.

In the spring of 2006 his designs for CSUEB’s production of Tongues were featured at the Kennedy Center American Theatre Festival, DC. Other companies he has worked for include Eureka Theatre, Opera San Jose, San Jose Repertory Theatre, Impact Theatre, Santa Clara University and St. Mary’s College.

Additional credits include tailoring consultant for Megamind and CFX Initiative for PDI/Dreamworks.  During his time at CSUEB he has also directed Scapin, the Cheat for Aces Wild, Edinburgh Fringe Festival and Yerma for CSUEB’s Highland Summer.  He is a member of United Scenic Artists, Local 829.